I’ve come across many a customer who hasn’t a clue what Indian home cooking tastes like.

Let me give you a clue – It’s nothing like what you’ve had in an Indian restaurant. In fact, they’re both nowhere near each other in similarity. This unknowingness is what started my quest: to present my Australian audience with cuisine from India that hasn’t quite hit the shelves yet!

European cuisines brings ‘Nona’s cooking’ to your plate – How something so fragile and loving made it to your plate after a lineage brought it down, treasured it and re-pieced it based on living and oral memory. Not a tagline associated with Indian food. In fact, Indians, when eating out (ask your Indian friends about this) will go to Indian restaurants for the sake of variation.
For a few years I reflected on the divide between the two cooking styles – on why a culture where travelling 100 km meant new street dishes, new sweet meats, different types of wedding food and where ‘seasonal food’ was the norm rather than a ‘special’ couldn’t grasp the concept of presenting those treasures abroad. Indian restaurateurs in India and overseas created fusions, adaptations and experimental cuisines (one of my friends recently told me about being served curry with popcorn as the garnish) but no one gave home cooking any heed. 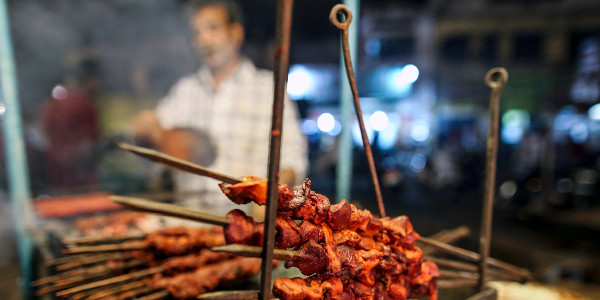 Hence, in the back of my mind, ideas for Lavendra were brewing. What if I brought Australians the taste of rural Punjab, Bengal or Lahore? The dishes we salivate over at home when thinking about these cities.

I’ve been involved with traditional Indian restaurant cooking at Grace of India and eating homemade (aka mum made) Indian food since I was born – Mum would serve up Gajjar Mattar (Carrot and peas curry), Kadhoo Sabzi (Pumpkin curry) with Lasan Aachaar (Garlic pickle) after school and my evenings consisted of Dad cooking me an array of classical Indian dishes you’d expect at your local Indian – from Tandoori lamb cutlets, Butter chicken, Prawn masala, Paneer tikka masala in the evenings (Back in my meat eating days). I was really getting the best of both worlds! 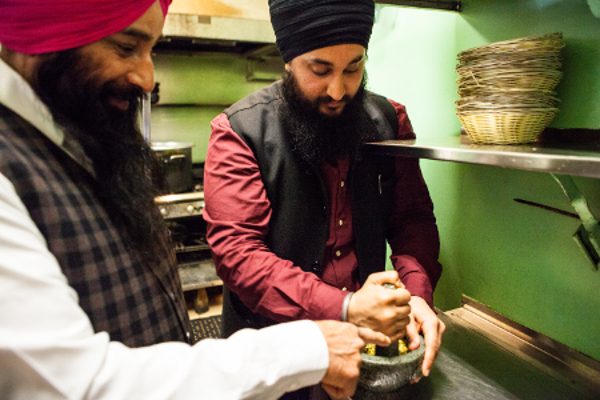 As I gradually grew into the business I found many of our regular diners hadn’t experienced the cooking at home that I’d grown up with – even to the point where I believe – some people have become so closed minded about Indian food that they have trouble accepting this side of Indian food – when I present it at LAVENDRA they label it fusion!

Both serve the purpose – Tasty, nutritious and made with love but there’s a lot yet to be seen when I’m t comes to the Indian restaurant scene adopting dishes from home and this is what we’ve been working on for 4 years quietly (not so quietly now). In my previous Summer Menu at LAVENDRA I had a homemade dish called ‘Kashmiri Baingan’ – a simple eggplant dish that I’ve relished growing up. Try it at home and let me know how it goes!

Place the eggplant cubes in a large colander and sprinkle liberally with salt. Set aside to drain for 10 minutes, then rinse the eggplant well and pat dry well with paper towel.

At LAVENDRA we want you to come experience rare Indian dishes, our adaptations of mums cooking and play on Australian ingredients with Indian cooking methods. I’ll be bringing you a new menu every season!